Thought I would get one last post in before I officially become a mom of three! I'm on the countdown. Tomorrow I will be 38 weeks prego which is actually past full term for twins. My doctor told me last week that if I don't have them this week then he will induce me at the beginning of next week. Yea and yikes at the same time! Definately ready but it also feels surreal. I'm pretty sure the hard part is in front of us but it is such a relief knowing that we made it without any complications and now we can relax and just let them babies come! We have been so blessed. We couldn't have done it without all the help. Our fams and friends have been SO good to us. It amazes me how caring everyone is. So thank you so much to everyone's help and prayers because we have felt all of them!
Now for some back blogging...Halloween was almost a Hallowasn't for us. Owen pretty much hated his costume and Jake and I both had a really big day so if it hadn't been for Ben, Aubrey, and the girls coming over to get us going we probably would have stayed home all night. But when Owen saw his cousins dressed up he decided his pirate costume wasn't all that bad so we headed out and made a few stops. Jake and I didn't dress up but we did have some really good ideas! If we weren't so worn out we would have done it. I was going to be a Double Stuffed Oreo and Jake a tall glass of milk! (: Get it...double stuffed? Would have been great! 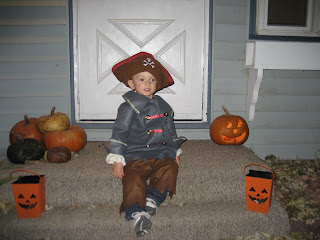 So my cousin Josh who lives in England came to visit my parents for the month of November and he took a weekend to come visit us. It was so much fun! He came with my sister Em and we had a great time. Owen loved Josh even though Josh was trying to make him into a soccer player! (: We went to Devil's Canyon, shot clay pigeons, watched Cars with Owen at least 3 times and just hung out. 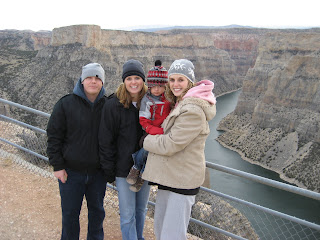 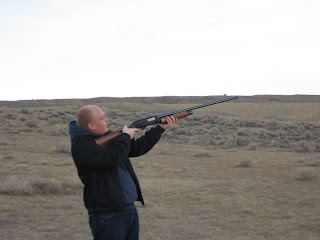 Thanksgiving was really low key. We had dinner with Jake's sister, Shelly and her fam. It was really nice. Then we spent the rest of the weekend putting up Christmas decorations! Jake is so funny when it comes to Christmas. He LOVES it. He has been trying to listen to Christmas music since the beginning of October but I don't let it go on too long. It's actually really fun because he loves to decorate and make everything feel Christmasy. Anyway so we are pretty much set for Christmas after Jake did the Black Friday thing at 3:30 in the morning. So there are still a few little things left to do but we are ready for Twinners and Santa Claus!
Posted by Jake and Gretchen at 7:25 PM 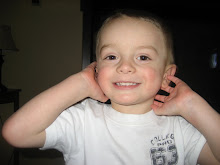